Cared for by the National Trust for Scotland. Atmospheric ruins are all that remains of this once-magnificent 13th-century Cistercian monastery overlooking the River Tay. Balmerino Abbey was founded in 1229 by Queen Ermengarde, widow of William the Lion, mother of Alexander II. She was buried here in 1233.

In the 16th century, Scotland’s monasteries were attacked and often destroyed during the Reformation; the powerful abbots were forced to flee. By 1603 Balmerino Abbey had become the home of Lord Balmerino and his family.

One of Scotland’s oldest trees (the oldest in Fife) grows in the abbey’s grounds – a Spanish chestnut rumoured to have been planted by Queen Ermengarde but actually between 400 and 435 years old.

Today it is a tranquil spot for a picnic, a spiritual hub for the community and a place of historical significance for Scotland. 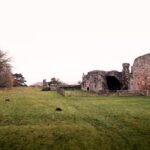 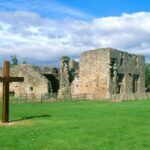 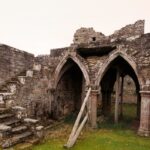