Lindores Abbey is a beautiful, tranquil site situated on the outskirts of Newburgh, Fife. Many walking or driving past its rich sandstone walls know little of the abbey’s immense significance within Scottish history and the scenes, both tragic and joyous, to which it bore witness through the ages.

Standing amid the now peaceful ivy-clad ruins of Lindores Abbey, it is difficult to picture the day in 1298 when a battle-wearied William Wallace and his men strode through the East gate, fresh from a bloody skirmish with the Earl of Pembroke and his men at the nearby Battle of Blackearnside. On a still day, you can hear the trickle of the Holy Burn just beyond the Abbey from where Wallace and his men drank and refreshed himself after the battle.

The abbey was founded in 1191 by David, Earl of Huntingdon on land given to him by his brother King William I. Situated on the estuary of the River Tay, the abbey’s location would have been chosen for more than simply its beautiful views. Fresh running water could be drawn from the Tay and the Holy Burn, the surrounding forests would have supplied plentiful wood, and the local Clatchard quarry provided material for construction. 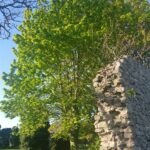 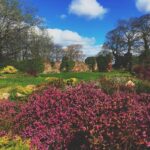 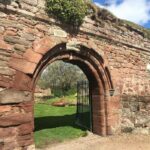